Electric Jukebox: the music player for everyone else 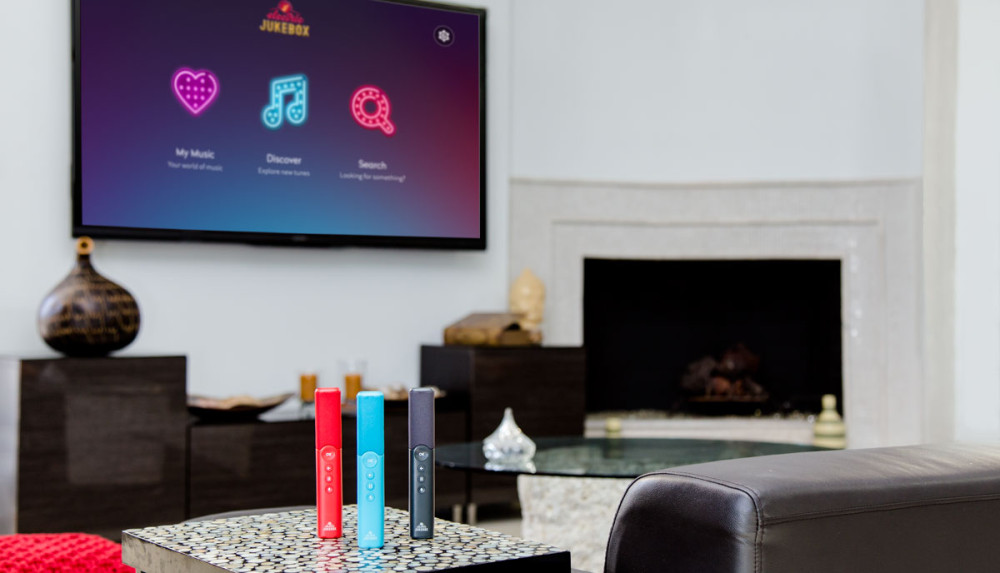 “I’m not after the Spotify customer,” says Rob Lewis, co-creator of the Electric Jukebox, “I’m after everyone else.” He’s devoted the last two years of his life to creating a digital music player that’s designed not for smartphone-addicted tweens, but folks who otherwise struggle to embrace technology. Now, the streaming music veteran is ready to unveil the product, a device that eschews headphones and complicated subscription packages in favor of just plugging into the TV. After all, nearly every household has a TV that can produce sound, so why not harness that power for tunes?

The Electric Jukebox hardware is split into two parts: a Chromecast-like dongle that connects to your TV over HDMI. “This isn’t a Chromecast,” Lewis hastily corrects, “it can only work with our product,” using HDMI-CEC to take over your TV every time you pick up the remote. The only difference between this and Google’s hardware, however, is that this unit has a 3.5mm line-out port, should you feel the need to hook it up to an external speaker. 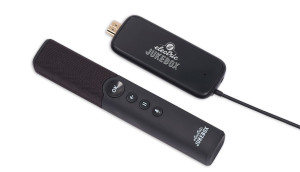 The controller is the more interesting component of the two, a short, wand-like controller that’s thinner and narrower than a TV remote. Tucked inside you’ll find a motion controller and microphone for Wii-like gesture control and voice search. The hardware is otherwise blank but for four buttons that run down the front: a large OK and three smaller buttons for Back, Pause and to enable Voice commands. From there, you’ll control the Neon Broadway, a big and easy-to-use interface that’ll accept gestures and voice searches. Of course, the point is to reduce the difficulty of using such tech, so the company has placed heavy emphasis on curated playlists.

Now, the one problem with using your TV as a music player is that you won’t be able to use it as a TV. There’s no 3.5mm headphone jack on the remote, as you’d find on the Roku, to enable a more personal listening experience. Lewis believes that it’s time that we return to the old-fashioned idea of listening to music collectively, as we used to. In the days before everyone had a smartphone, groups of people would hunker down around the HiFi and enjoy the latest music together, as one. I’m not necessarily sure that I agree, since we’re all so taken with our own choices that it seems regressive to let another drive our preferences.

Tim Hadley, the company’s marketing manager, recalls a story in which he bought a relative an expensive Sonos kit for them to use. Unfortunately, he said that the level of complexity required was too much for his siblings, who left the kit boxed on a shelf for months on end. That was part of the genesis behind the Electric Jukebox, which is designed to get a user playing music within two minutes of them getting it out of the box. All they have to do is plug it in, switch it on and wait for the unit to find the local WiFi signal, and type in the password on the remote. 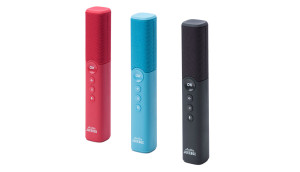 In order to make this setup as frictionless as possible, there’s no subscription element in the service, at least not initially. The price of the gear includes 12 months of premium access to Jukebox’s library, which drops to an ad-supported tier after that. Lewis wouldn’t talk about what sort of music you’ll get for a “free” subscription, although he hinted that it’d be similar to the premium licensing tier that most of the other streaming services have access to. Thankfully, if they are similar, you’ll be getting renewals for a significant discount, since the annual renewal will be priced at ¢227/$60/£60/ — which would make it roughly half the price than the equivalent Spotify premium fee.

Lewis quoted a survey conducted by the music industry that showed at, at the height of the CD, there were 200 million regular music buyers. These days, there are roughly 40 million regular users to paid subscription services, all of whom are well catered between Spotify, Apple Music and others. His interest is to appeal to the remaining 160 million — baby boomers left behind by technology, lapsed CD buyers and those who couldn’t resist the lure of piracy. It’s the same pitch that Lewis made when he launched Rara.com back in 2011, using low prices and ease of use to encourage lost music lovers back to the paid fold. If the existing tech has left you cold, then you’ll be able to pre-order one of these things in time for the holidays, with the price currently pegged at ¢864 ($229). 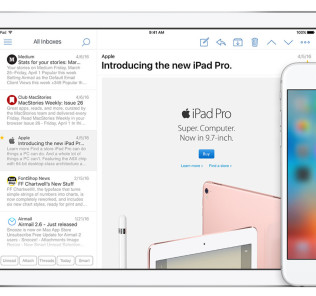 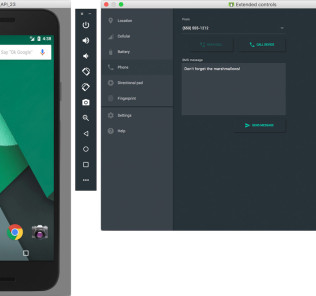 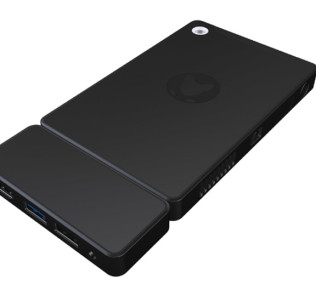 Ambush a friend’s browser with this crazy Chrome extension
Next

One of the best E-Commerce Shop in the world ‘Aliexpress.com’ Shi...
192

Must Read:Chale…Tesla’s Model S gets a fresh look and faster charging
142

Must Read:Infinix launches the Infinix Note 2
144
Top 5
Heat Index
SORT
1
Use Your Phone to Fax on the Go
2
A supermoon lunar eclipse is a pretty rare thing, so go look at it now
3
A heat gun, suction cup, razor and bravery yields a clear Galaxy Note 5
4
Unfriending Facebook friends can be considered bullying in Australia
5
Must Read:Android Marshmallow lets you use your voice to control apps
Trending
Heat Index
SORT

One of the best E-Commerce Shop in the world ‘Aliexpress.com’ Shi...

The ‘tablet’ for your wrist has arrived

Must Read:Chevy’s Android Auto update will reach cars in March